Share:Facebook Twitter Google+
6,181 Views
0 Share
The first months of 2019 have seen record seizures of pangolin scales. Despite gaining more conservation campaign attention in recent years, illegal trade in pangolin parts shows no sign of slowing down. Pangolin scale is the main product smuggled, and its use in traditional medicine remains legal in some consumer markets. How can we better communicate with different groups of consumers, and achieve actual reductions in purchasing and use? 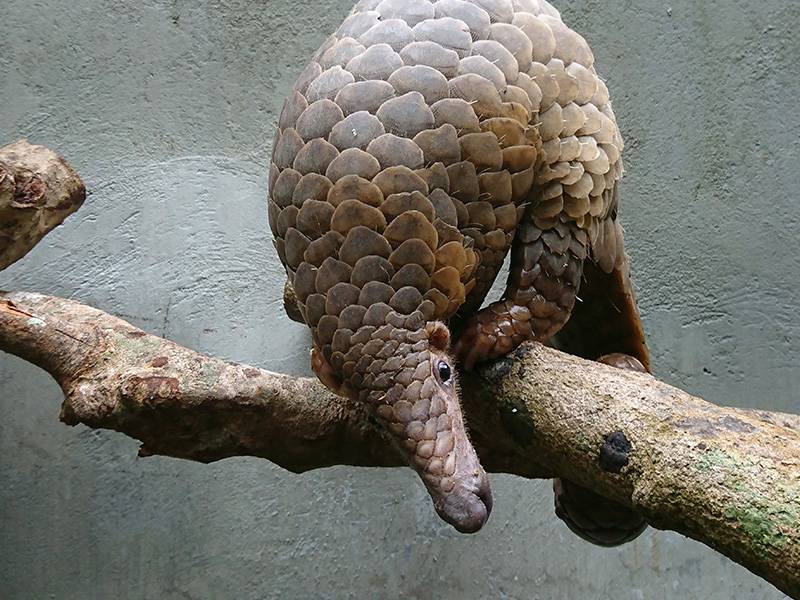 One of the messages commonly expressed in media reports and behavioural interventions is focused around pangolin scales lacking medicinal properties given that they are made of keratin, the same substance that construct human fingernails and hair.

Although this analogy is scientifically valid, it could lead to the misconception that pangolin scales can grow back once removed or that they are naturally shed. Such misconceptions arise from both Western and Chinese consumers alike. A similar misconception involving elephant ivory was noted by IFAW in 2007, when 70% of a surveyed Chinese population believed elephants shed their tusks (IFAW, 2019). Such beliefs can decrease consumers’ motivation for change, making the topic of relevance to future surveys, both during the campaign design process and evaluation of previous strategies.

That pangolin scales consist of keratin with no medical effects may resonate with specific clusters of consumers but, for traditional medicine practitioners, this can work against the first step in Lewin’s Model of Attitude Change: establishing rapport (O’Shaughnessy, 2013).

Traditional Chinese Medicine (TCM) has a philosophical foundation that is absent from Western biomedicine (Zhang, 2004). In TCM, medicinal products are not always used on the basis of their molecular properties. As such, to Align action with identity, it may be more effective to focus on the fact that ethical and effective medicinal alternatives that do not threaten biodiversity are readily available. Moreover, this would cover another change technique: Providing an alternative behaviour. Examples in this spirit include the fashion industry shift from fur to fake fur, and a TRAFFIC project for ‘green carving and collection’ in China.

When crafting campaign messages, it is also important to consider possible side effects (e.g. use of appealing animal photos may attract attention for the pet trade, presenting statistics on high consumption levels may enhance normative beliefs). One tool that can be used during the campaign design process is the ‘APEASE’ criteria (Michie, Atkins, & West, 2014). By involving stakeholders to assess the Affordability, Practicability, Effectiveness and cost-effectiveness, Acceptability, Side-effects/safety, and Equity based on context, campaigners can reduce the risk of undesirable or accidental outcomes.

Increasingly, consumer trends in fashion, pop culture, health products and similar, are spread through the internet. In 2006, a fantasy novel ‘Ghost Blows Out the Light’ was published on a popular Chinese online novel platform. In the story, the hero used pangolin claw to protect himself from evil spirits. The books were adapted into film and TV series, then rapidly became a pop culture phenomenon across China. In 2018, a TRAFFIC study reported that talismans made of pangolin claws had become prevalent in the Chinese crafts/jewellery market, an additional poaching pressure on the species (Liu, 2019). Upstream intervention strategies such as collaborating with major novel websites and social media platforms to review publication guidelines can decrease risks for promotion of endangered species trade. For conservation interventionists, closely following online culture and consumption trends will continue to be key to successful message tailoring.

Crafting effective conservation messages often requires a delicate balance of facts, emotional triggers, and sensitivity to group norms. By sharing experiences between organisations and sectors, we can learn from each other and develop toolkits for tailored use of resources. Be part of the SBCC network, and join discussions on our Workplace Group.