Share:Facebook Twitter Google+
993 Views
0 Share
These are the key visuals from Phase III of the Chi Initiative, a TRAFFIC-implemented social marketing programme aimed at reducing demand for rhino horn among wealthy Vietnamese businessmen, a key user group. The visuals are the result of ongoing consumer surveys that reflect the changing context of rhino horn consumption in Viet Nam. These visuals address two key consumption motivations for rhino horn, business and men’s health. The business-themed visuals demonstrate that rhino horn consumption can be a hindrance to Vietnamese companies hoping to engage with the global economy. The health-themed visuals show that good health comes from positive lifestyle choices, not from rhino horn. Before their release, the visuals were pre-tested with members of the target audience. Feedback from the pre-test was used to adjust the visuals to optimise their impact. 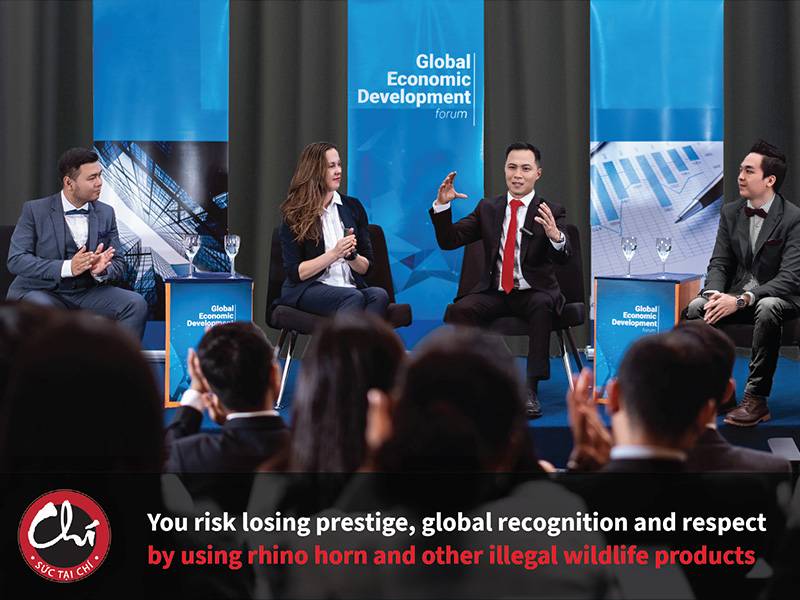