Share:Facebook Twitter Google+
1,403 Views
1 Share
This report presents the results of a survey of consumer attitudes conducted in six cities in China (Beijing, Shanghai, Guangzhou, Kunming, Harbin and Chengdu) aimed at understanding attitudes and behaviour toward wildlife consumption in these cities. Conducted from December 2007 through February 2008, this research was undertaken in order to provide a foundation for the development of effective long-term consumer awareness campaigns, part of the effort needed to reduce wildlife consumption to sustainable levels in China. TRAFFIC East Asia, 2010 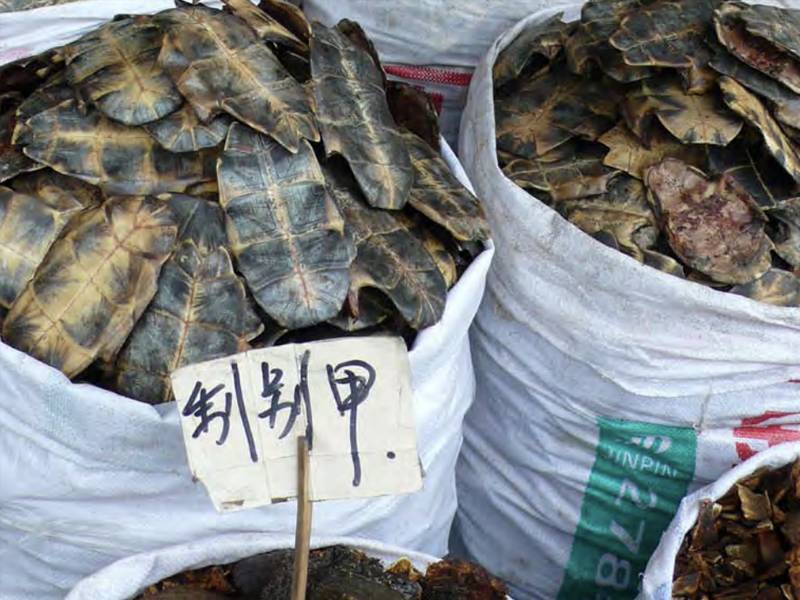 “The Chinese people favour eating wildlife meat as a tonic in winter and many believe it’s good for their health. They are not aware that this kind of consumption could threaten the survival of endangered wildlife,” said Prof. Xu Hongfa, Head of TRAFFIC East Asia China programme.

TRAFFIC, working with a professional market research company, found that 44% of respondents claimed to have consumed wildlife in the past 12 months, the majority (36%) as food. However, most respondents were aware of the conservation status of China’s National Grade 1 and Grade 2 protected species, and relatively few consumed these in any form.

The report, which focused on six major cities in China, found that the scale and pattern of wildlife consumption varies across the country. Guangzhou has the highest incidence of consumption, followed by Kunming, Chengdu and Harbin. Those with higher incomes and education levels were consistently more likely to consume wildlife as food, possibly due to the prevalence of wildlife consumption in the Chinese business sector.

The factors motivating wildlife consumption are complex and rooted in culture, motivated by both ‘emotional’ and ‘functional’ reasons. Respondents consumed wildlife because they saw it as representing social status and showing respect for guests (‘emotional motivation’) and because they believed it to be nourishing and to have curative values, ideas rooted in traditional Chinese medicine (TCM) (functional motivation’).

This persistent consumer demand is increasingly placing wild animals and plants, and their ecosystems—both in China and abroad—at risk through unsustainable and often illegal wildlife trade. As a result, wild populations of many species have become depleted in China, and sourcing has shifted to countries in South-east Asia, South Asia, the Russian Far East and further afield.

The government of China has demonstrated it has the ability to control wildlife trade through the highly effective temporary suspension of such trade following the outbreak of Severe Acute Respiratory Syndrome (SARS) in 2003. However, trade in wild animals for meat and medicinal purposes has subsequently resumed, and is believed to be on the increase, said Prof Xu.

The report suggests that an effective long-term communications campaign should target both end-users, focusing on those segments of the population that consume the most wildlife and/or have high potential for cutting down on wildlife consumption, and influential individuals and sectors of society able to reach wider audiences.

In China, the media, government wildlife law enforcement agencies, and the TCM community are already helping combat unsustainable wildlife consumption, and these efforts should be strengthened and sustained through a long-term strategy.

claimed to have consumed wildlife in the past 12 months

has the highest incidence of consumption, followed by Kunming, Chengdu and Harbin.

Understanding the motivations: the first step toward influencing China’s unsustainable wildlife consumption presents the results of a survey of consumer attitudes conducted in six cities in China (Beijing, Shanghai, Guangzhou, Kunming, Harbin and Chengdu) aimed at understanding attitudes and behaviour toward wildlife consumption in these cities. TRAFFIC’s research team conducted 10 expert interviews and eight focus group sessions, as well as a survey of 969 people from various age groups, income and education levels.